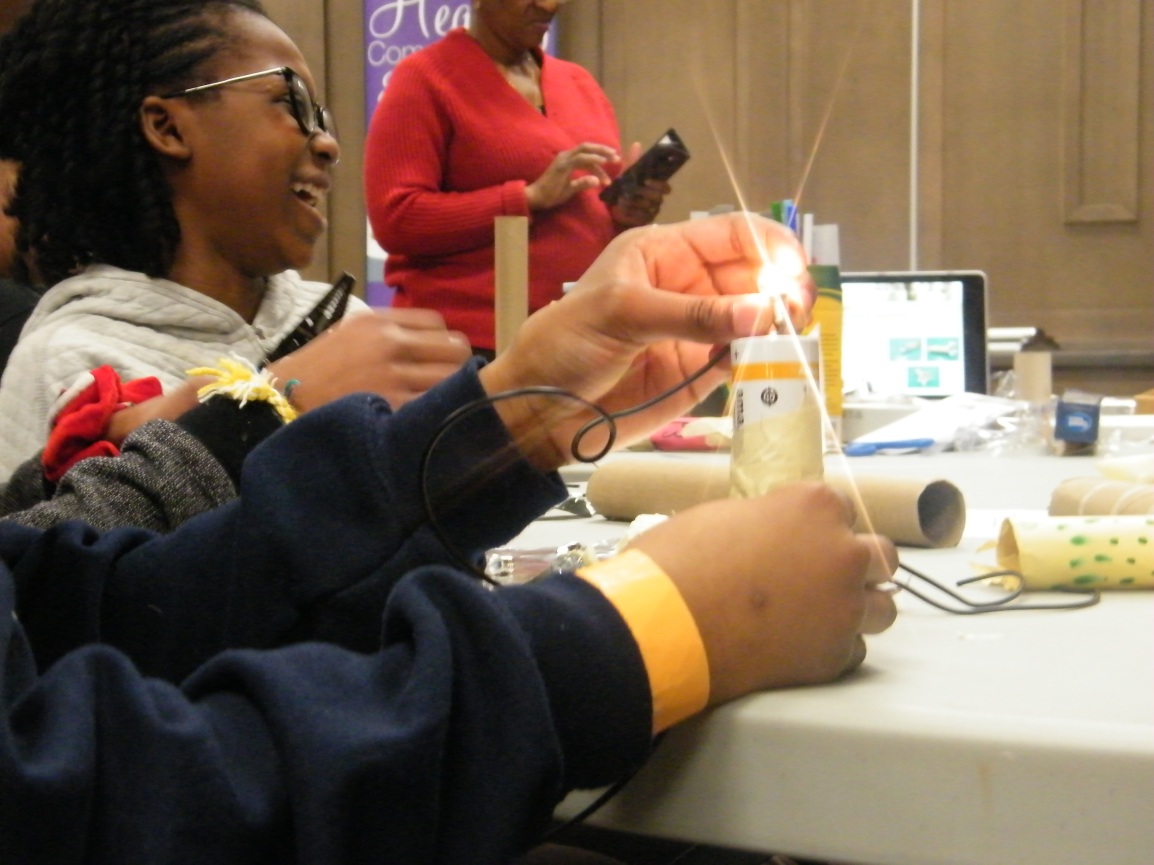 February has been nationally recognized as Black History Month in Canada since 1995; when a motion put forward by Honorable Jean Augustine was unanimously passed in the House of Commons. BrainSTEM Alliance partnered with Rehoboth Alliance for the first time to bring STEM activities to the youth of the Fort McMurray Afro-Canadian community.

The theme of the session was “Showcasing Black Inventors”; our animated volunteers – Doyin Osuntogun and Frances Awachie used this opportunity to educate the youth on the significance and history of Black History Month in the United States, Canada, and Alberta. 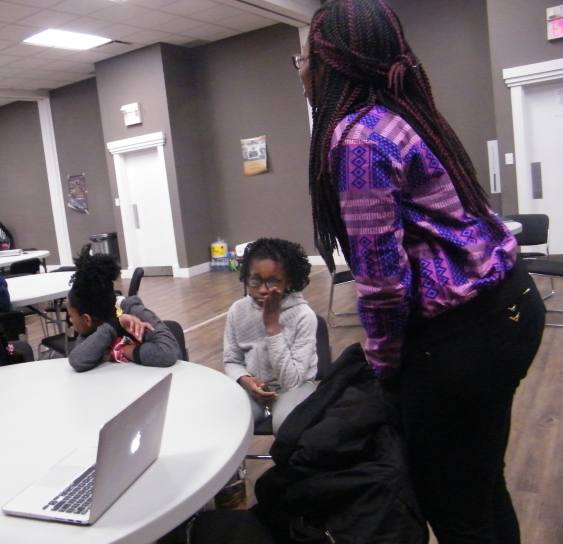 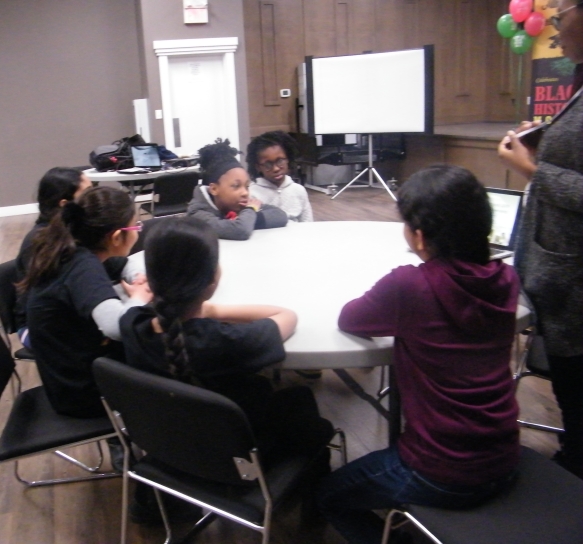 The youth were also introduced to some notable Afro-Canadians:

The session focused on STEM-related contributions and accomplishments made by black men and women that are still being utilized today. Some of the ingenious men and women are:

Our two STEM activities: Pop rockets and Flashlight were inspired by the works of Dr. Mae Jemison (1st African-American female astronaut) and Lewis Latimer (invented the improved light bulb amongst other inventions).

During the Pop Rocket activity, the youths learned about the chemical reaction of burning fuel in a pressurized space which produces a gas product that causes it to blast off. Using film canisters, Alka-Seltzer tablet, and water, the youth got to recreate a rocket blast. The Alka-Seltzer tablet which is an acid-base tablet reacts when added to water producing carbon dioxide bubbles which pops off the lid of the canister due to the pressure build-up. 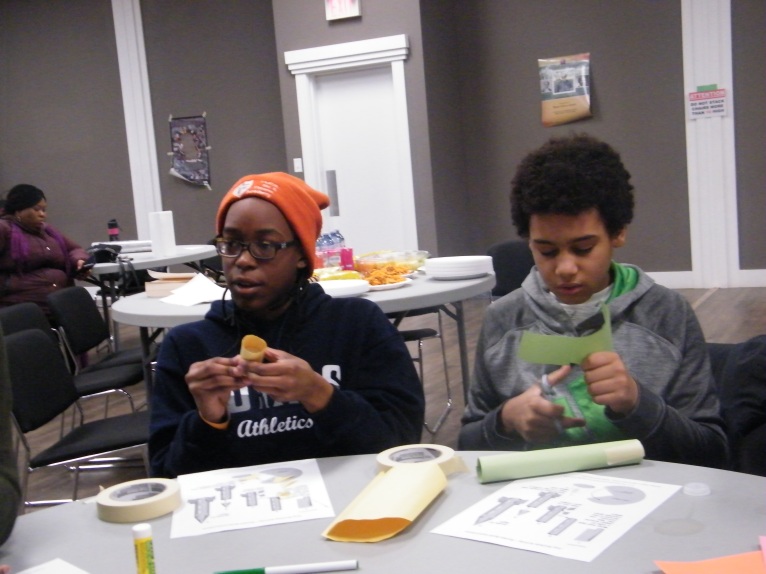 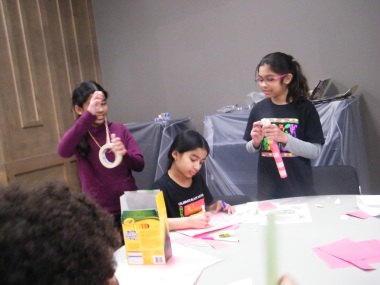 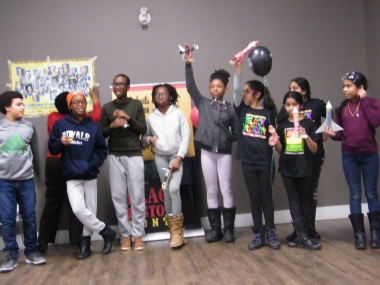 The Light Bulb activity, the youth brainstormed the components of an effective flashlight – switch, batteries, and bulb; and drew a flashlight circuit diagram. Using D-cell batteries, copper wire, wire cutters & strippers, foil, small light bulbs, aluminum foil, masking tape they got to design and build their own flashlight. During the workshop, they learned how aluminum foil and masking tape were good and poor conductors of electricity. 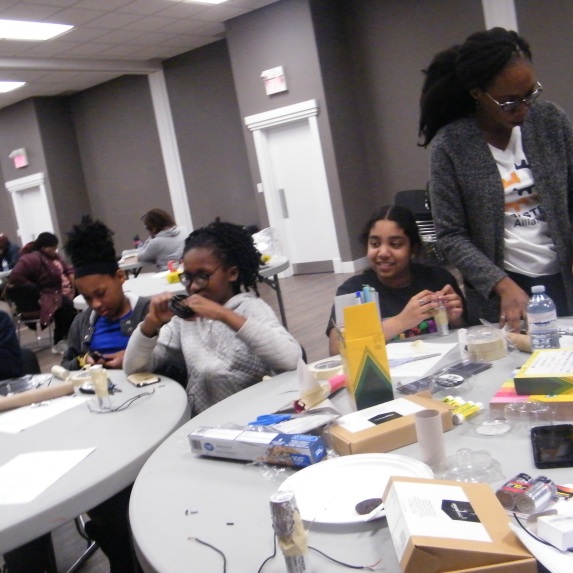 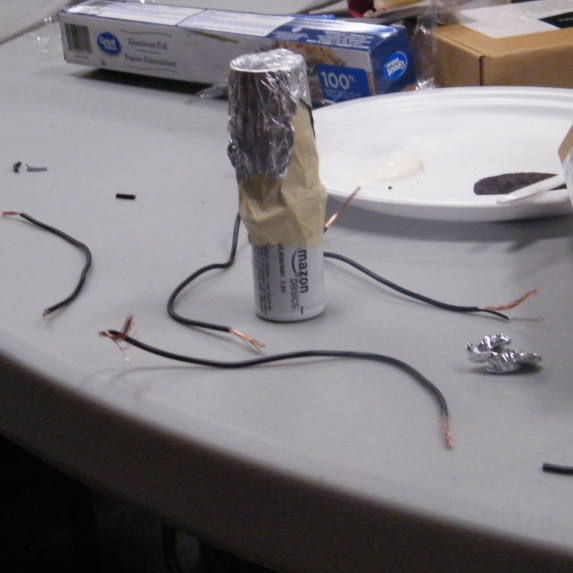 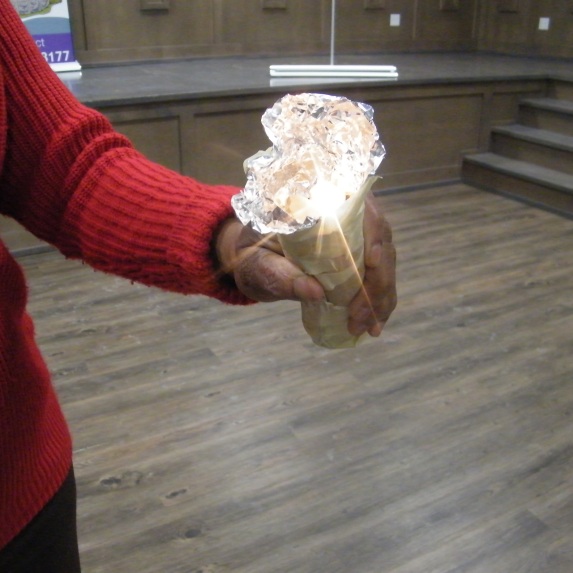 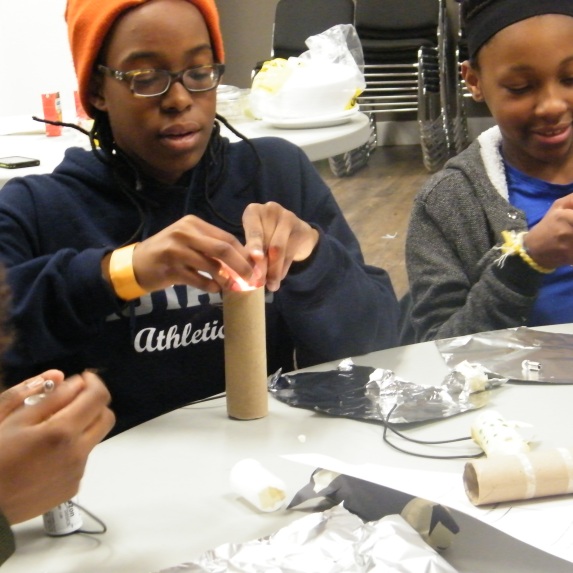 Check out this video of Frances explaining how to use wire cutters and strippers:

See one of the participants’ flashlight: