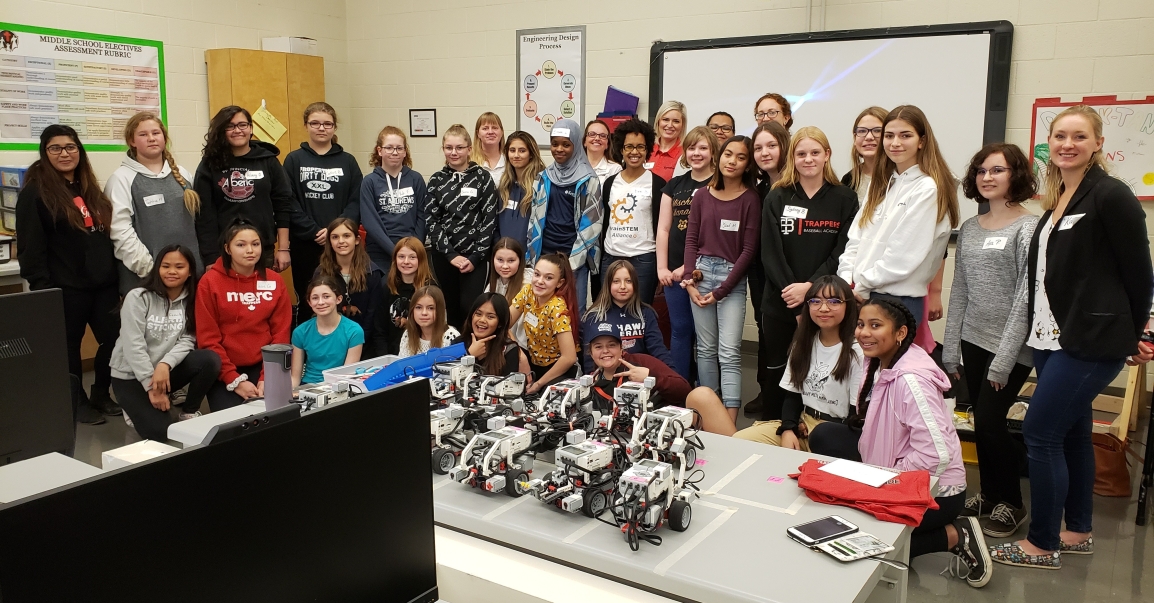 October 11th is known as International Day of the Girl and this year we were invited to be a part of Father Patrick Mecredi High School‘s Girl Empowerment Day. 27 girls in grades 7 to 9 were invited for a day of empowerment with 6 local female mentors.

The girls started with some team building exercises, getting to know the people at their assigned tables. The girls learned about leadership and the importance of setting goals and participated in their own goal setting activity. The girls then learned about Women in STEM (Science, Technology, Engineering and Math) and the importance of Diversity in Design. They then completed a STEM activity that encouraged them to use the Design Thinking Process.

The girls worked in groups and each group chose a specific ‘customer’ to design their product for and built a prototype using Littlebits and craft supplies. Each group came up with really unique and interesting solutions to their challenge.

One group had the task of building a ‘transportation device’ and their customer was the  mobility-challenged which could include the elderly, pregnant women, or disabled. They used the Littlebits to make the prototype for a motorized wheelchair with sponges and popscicle sticks to make the chair base. They explained that the chair would be able to be controlled by person using it and the real version could also have additional sensors included to monitor vitals like temperature and heart rate. 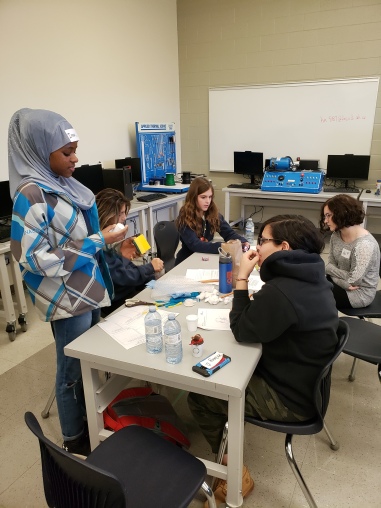 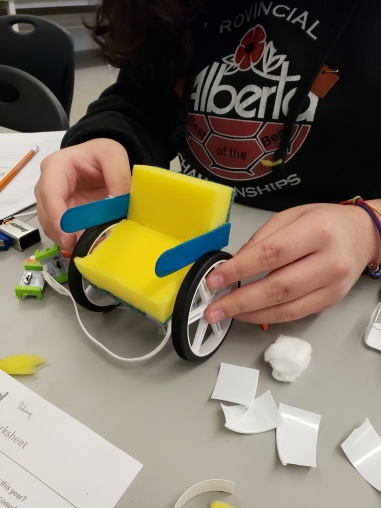 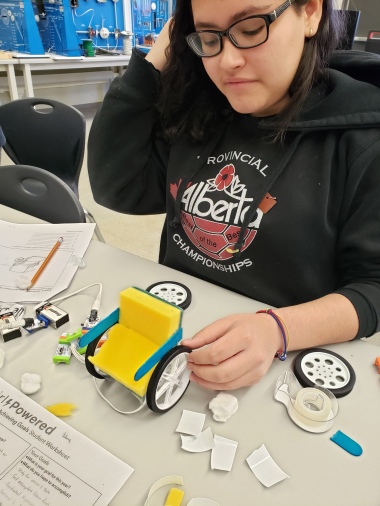 Another group had the challenge of ‘accessing something out of reach’ and their customer was a pet, and they specifically chose a pet bison 🙂 They used littlebits servo and a timer to automatically dispense food for the pet after the timer counts down. 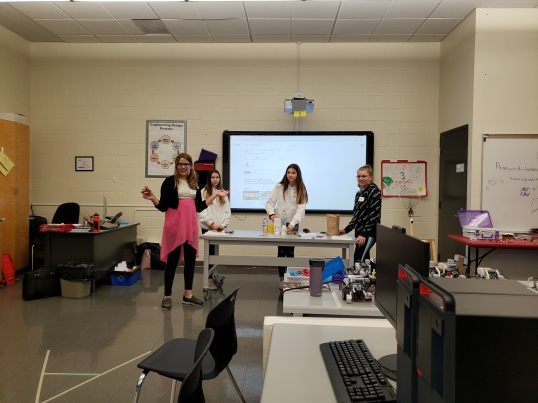 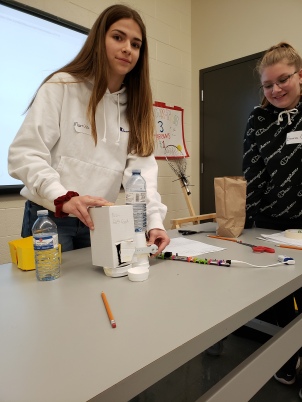 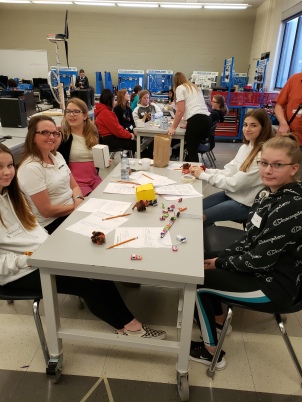 A team had the task of ‘making an alarm or alert system’ and their customer was a deaf person. They made an alarm using a light and a ‘tickler’ which involved feathers attached to a servo bit. 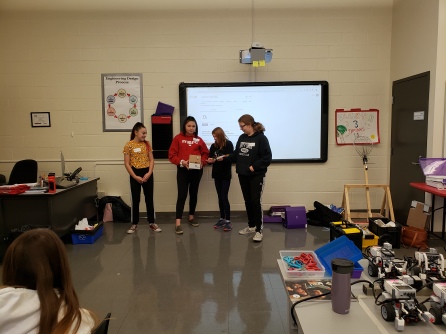 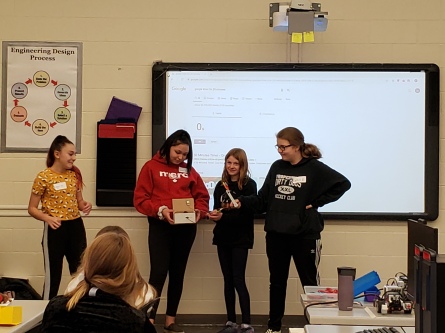 Another team also had the task of ‘making an alarm or alert system’ and their client was the elderly. They built a system that would remind the elderly when to take their pills. They used a timer and a light and buzzer that would go off when the counter when down. They also attached it to a carrying case so that the person could have it wherever they go. 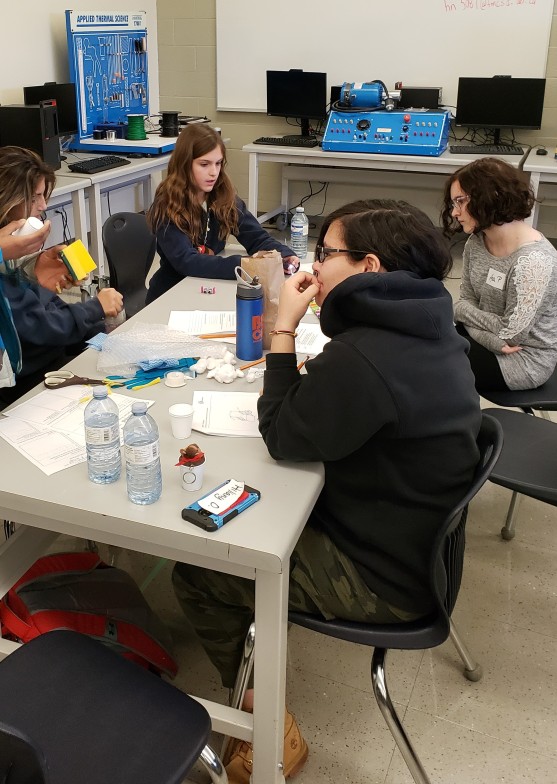 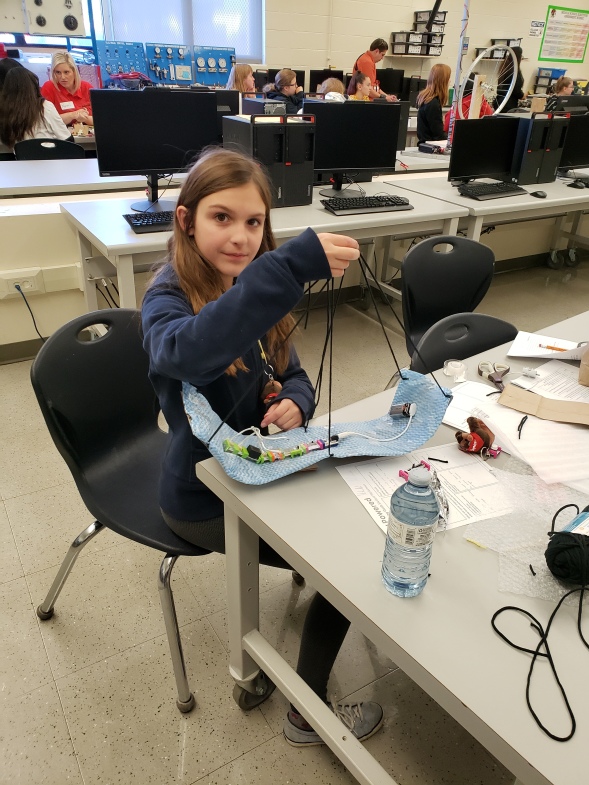 One team had the task of ‘seeing something in the dark’ and they made a nightlight for parents that also has a fan attached that would cool down the baby in the night when sleeping. 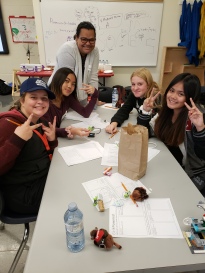 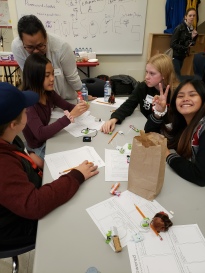 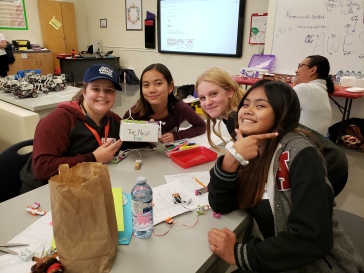 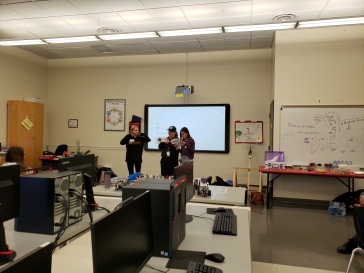 Another team also had the task of ‘seeing something in the dark’ and solved for the problem of ‘being in bed and remembering your light switch is across the room’. They mad a fan and light switch that uses a pressure sensor to control when you need the light on and off. 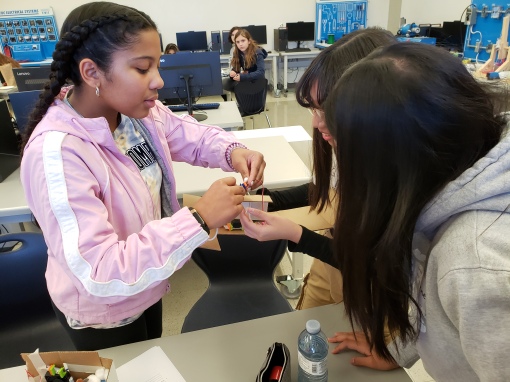 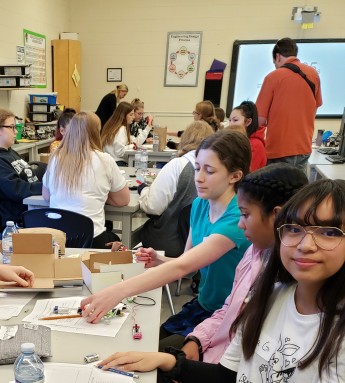 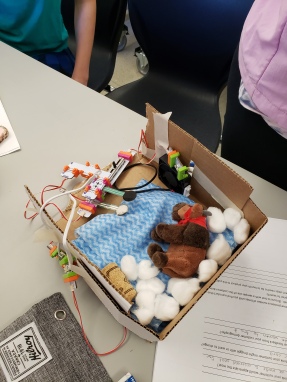 A team had the task for ‘a alarm or alert system’ and made a doorbell for the elderly/hearing impaired. They explained that for the elderly they first loose lose of hearing for high frequency sounds so they made a alarm using a buzzer and slider dimmer to make a low frequency sound. They used a proximity sensor bit so that it only went off when someone approached the door. 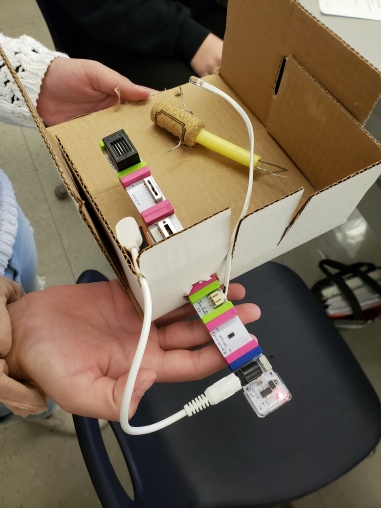 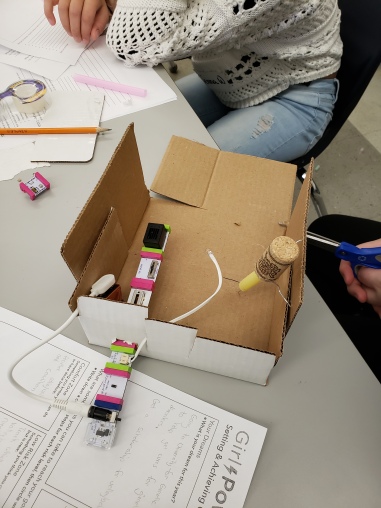 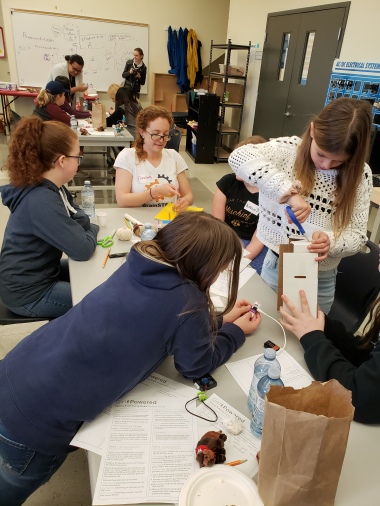 Another team had the task of making ‘an alarm or alert system’ and they made a device that would alert a pregnant women when someone is sitting in the bus seats reserved for them. They used a pressure sensor bit, a buzzer and a long LED bit to prototype a seat that when someone sat on it would light up and buzz. If anyone is sitting in the seat that isn’t supposed to be there, they would have to move. 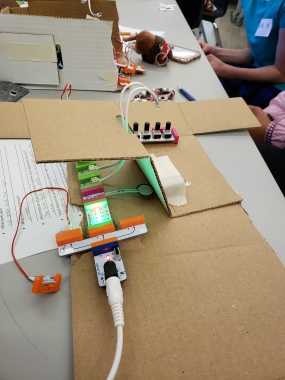 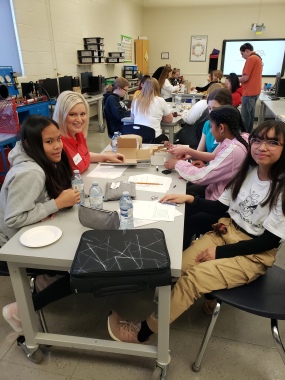 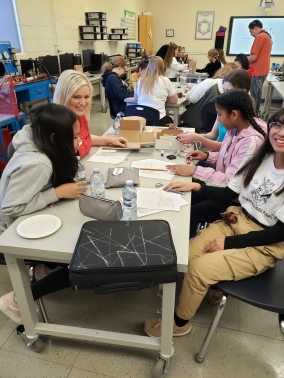 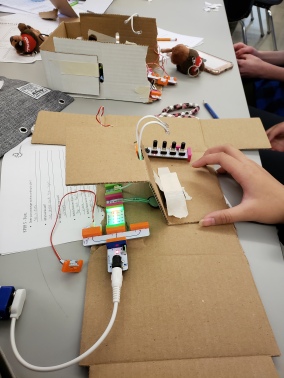 The final group had the task of ‘accessing something out of reach’ and they decided to make a product relevant to them. They commented that tampons were not available in their high school bathrooms so they made a tampon dispenser for teenage girls. 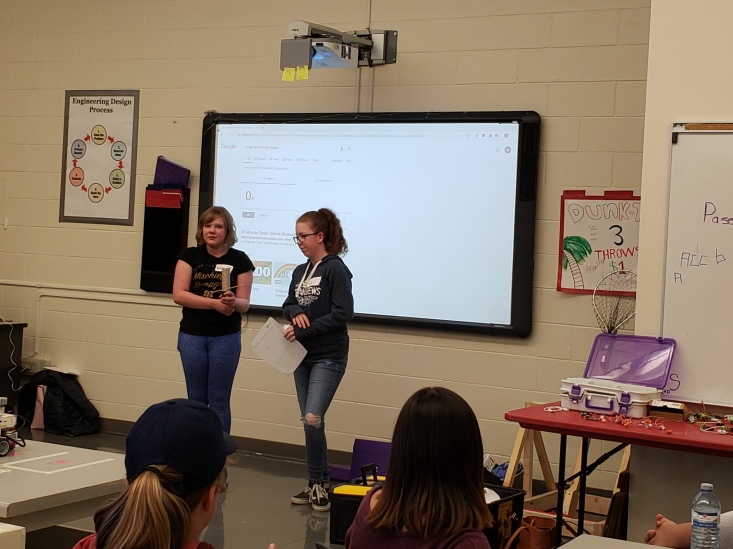 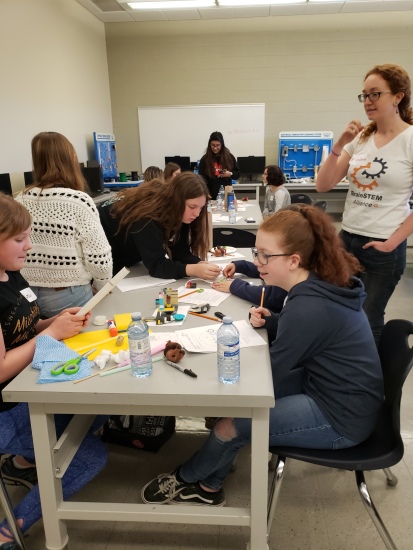 The day was a success and the girls were able to interact with 6 awesome mentors for the day. Thanks again to the staff of Father Merc for having us! 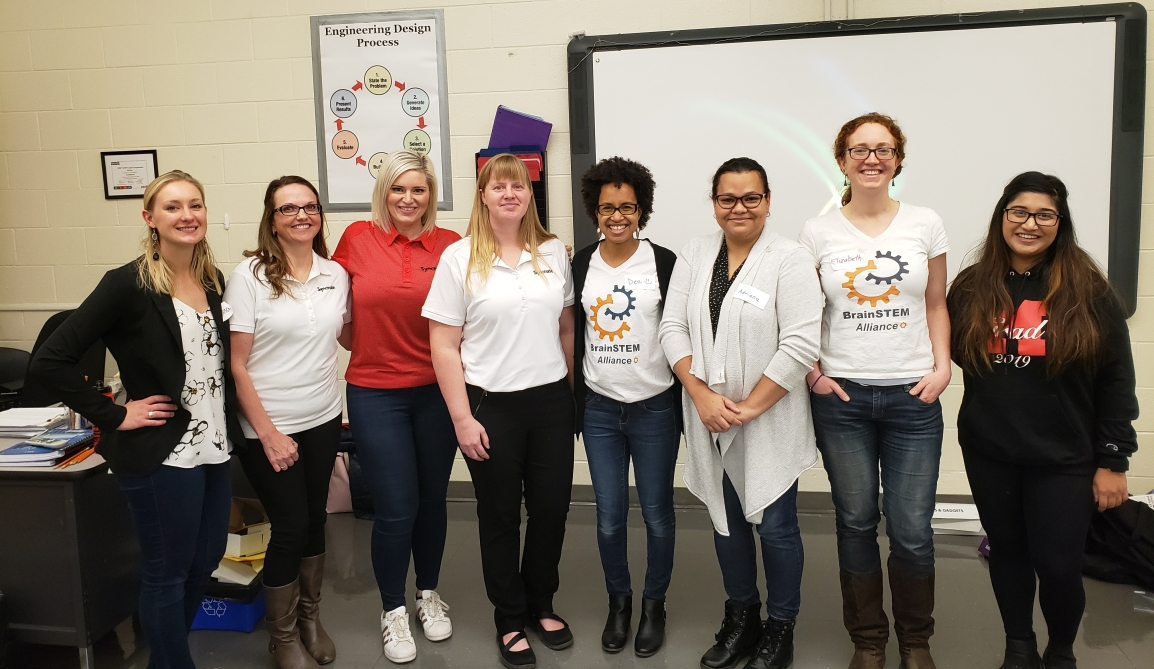 Read more in this newspaper article!